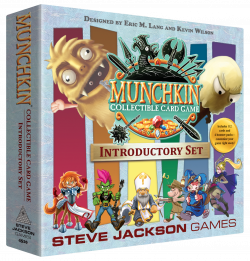 from the darndest places. I'm at home today, catching up on chores and working on TFT. While sorting through old minis, I came across a little model of an obviously sorcerous mirror. And the next thing I know, I had written descriptions for six magical mirrors.

Sometimes it works like that. Cudgel your brain for inspiration and nothing will come out. Get away for a while, think random thoughts, but pay attention to what you're thinking - and voila!  Well, sometimes voila.

I'm also coming up with a lot of punny potential titles for cards in the next Munchkin CCG supplement. Sorry, can't give examples, because the theme has not been announced. So it's probably mean of me to mention it.

As partial apology, here's one of my magic mirrors. No stats yet, just effects. Assume it would be a very costly item, and the optimum size would be a couple of feet on a side. Bigger or smaller ones get really hard to make.

These must be created as a pair, of identical appearance, and if one is broken, the other becomes an ordinary mirror.

When the mirrors are placed so that they reflect each other from no more than 10 feet apart, anyone reflected in both at once will vanish! Their frozen image will be visible in both mirrors, from any angle. No time passes for the victim.

Depending on the spell, a mirror trap may work just once, holding a victim until he is released – or it may take a new victim and release the old one each time someone new comes within its zone.

If one mirror in the set is broken, and the other one is not broken at the same time or almost instantly afterward (GMs may choose to be merciful), then the prisoner is simply lost (again, unless the GM wants to introduce a rescue quest involving the highest of mirror magics).

Adventure idea: A party member is caught in the trap. His capture releases the previous victim, who is a very interesting person who can help the party or be helped by them. Probably both.

Perverse complication: Perhaps a right-handed person will come out of the mirror left-handed, and must go through again to be put, so to speak, to rights.

To discuss this latest extra for use with The Fantasy Trip roleplaying game, please join the conversation on the forums. For notification when The Fantasy Trip project launches, please follow Steve Jackson Games on Kickstarter.